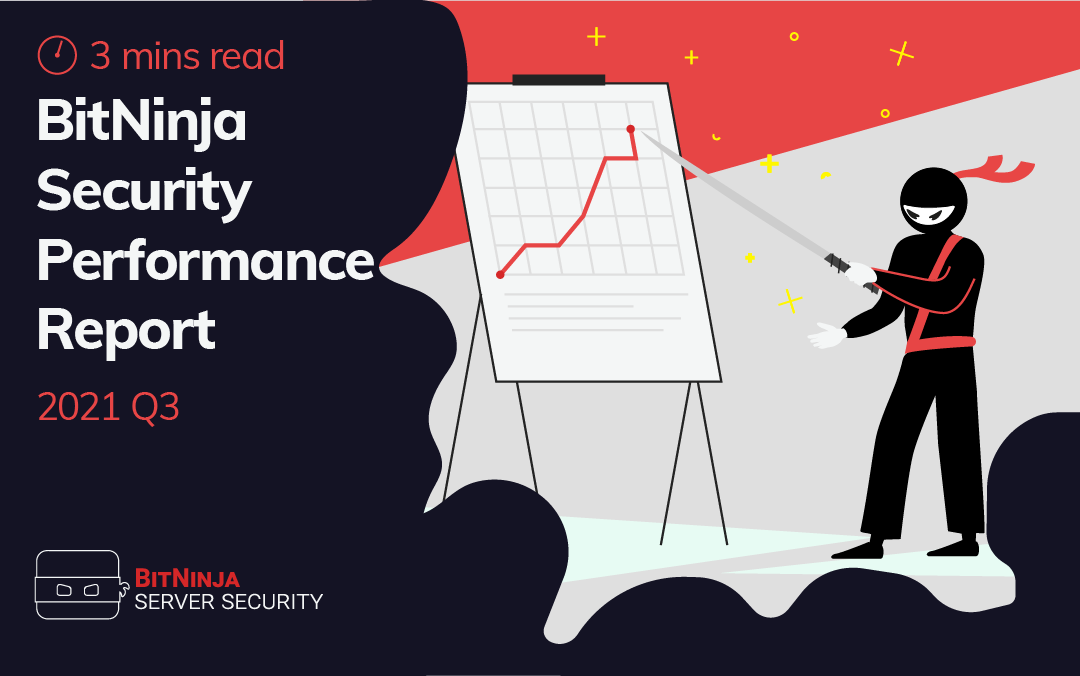 We believe it is important to show you how BitNinja performs on Linux servers globally because the crowdsourcing method makes our security system unique and efficient. With every new server and attack, our Defense Network grows stronger, and this kind of synergistic effect provides real value for shared hosting providers. Let’s see in numbers how the Ninjas worked in 2021 Q3!

The award-winning Anti-Malware System protects your servers from backdoors. It detects infected files and goes a step further, placing them in quarantine to prevent any further damage to your server.

The Most Wanted Malware was the PHP Backdoor FLLI8ILI88. This type of malware tried to infect servers ~ 1 434 656 times.

We were working really hard to take our Malware Detection Module to the next level and the results are here. We removed ~ 130 500 000 malware from shared web hosting servers in Q3. This is twice as much as in the previous quarter.

The real-time IP reputation module protects your servers from botnets. Our IP Reputation list is continuously updated. When any BitNinja protected server is attacked, the malicious IP is immediately added to our blacklist.

The CAPTCHA module defends your servers from botnet attacks also. It is used to identify false positives on the greylist and allow human users to remove themselves from the greylist easily. We have three kinds of CAPTCHA for different types of connections.

The honeypot module prevents vulnerability scanning. The Port honeypots trap suspicious connections, so cyber criminals won’t be able to access the valid services on your servers, only the fake ones which are set up to trap them.

The symptoms of scanning: data leakage, hackers can scan your servers, connections to open ports.

In Q3, the Log Analysis module blocked ~ 6 500 000 attacks. It is a 22% increase compared to the previous quarter’s statistics.

The DoS Detection module defended against ~ 2 500 000 DoS attacks in the previous quarter.

The Defense Robot module is against backdoors. It can automatically find and patch vulnerabilities. The symptoms are the same as we mentioned above, regarding the malware removal module.

The Defense Network gets stronger day by day and thanks to you, our databases are growing rapidly. Don’t forget to add your malware signatures and validate them on the Console.

Brace yourself! Festive Season is coming and Q4 is the most dangerous time of the year. Cybersecurity is not optional anymore. It is a must! If you haven’t tried BitNinja yet, don’t forget to register for the 7-day free trial! No credit card needed!

Let’s make the Internet a safer place together!