There were 22.000 attendees, from more than 100 countries, with the biggest names in the tech world, more than 500 speakers, lack of wi-fi, 145.000 tweets in 72 hours, many business cards, a high interest in our server defense system and wonderful Irish hospitality. Here’s the wrap up of Web Summit 2014. 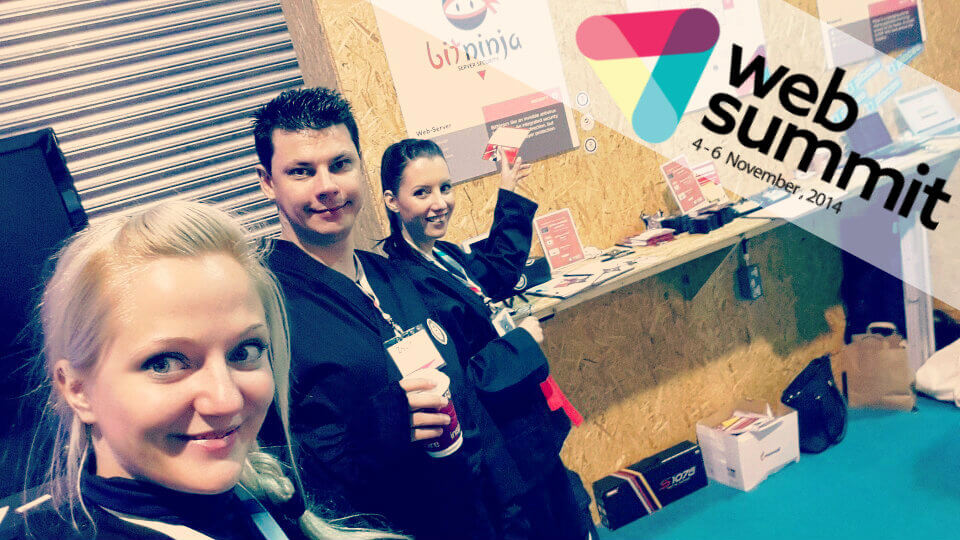 Web Summit is Europe’s fastest growing technology conference where all the influential people of the industry come together to learn, discuss, get experiences and try themselves, even as speakers or exhibitors. Four years ago it was only a 500-people event, but it has now grown to 22.000. it’s the place to go if you want to boost your startup, learn the future trends of tech life and network like you’ve never done before.
In our summary we’d like to share our experiences about being an exhibitor. We also have some tips for future attendees up our sleeves. In this post, you can read about the city, the organization and the best speakers on stage. But keep up, ‘Part 2′ is coming soon, where we’ll give some tips and tricks for future exhibitors and show some highlights.

The City of Dublin

There is no doubt that Dublin is the Silicon Valley of Europe. Even our taxi drivers said that. All the enterprises, worth mentioning, have a headquarters here. It is no wonder, because it is a wonderful city with lots of business potential and a very-very unique culture that everyone will love.
The city itself is not a metropolis, but there’s lots of things to see. 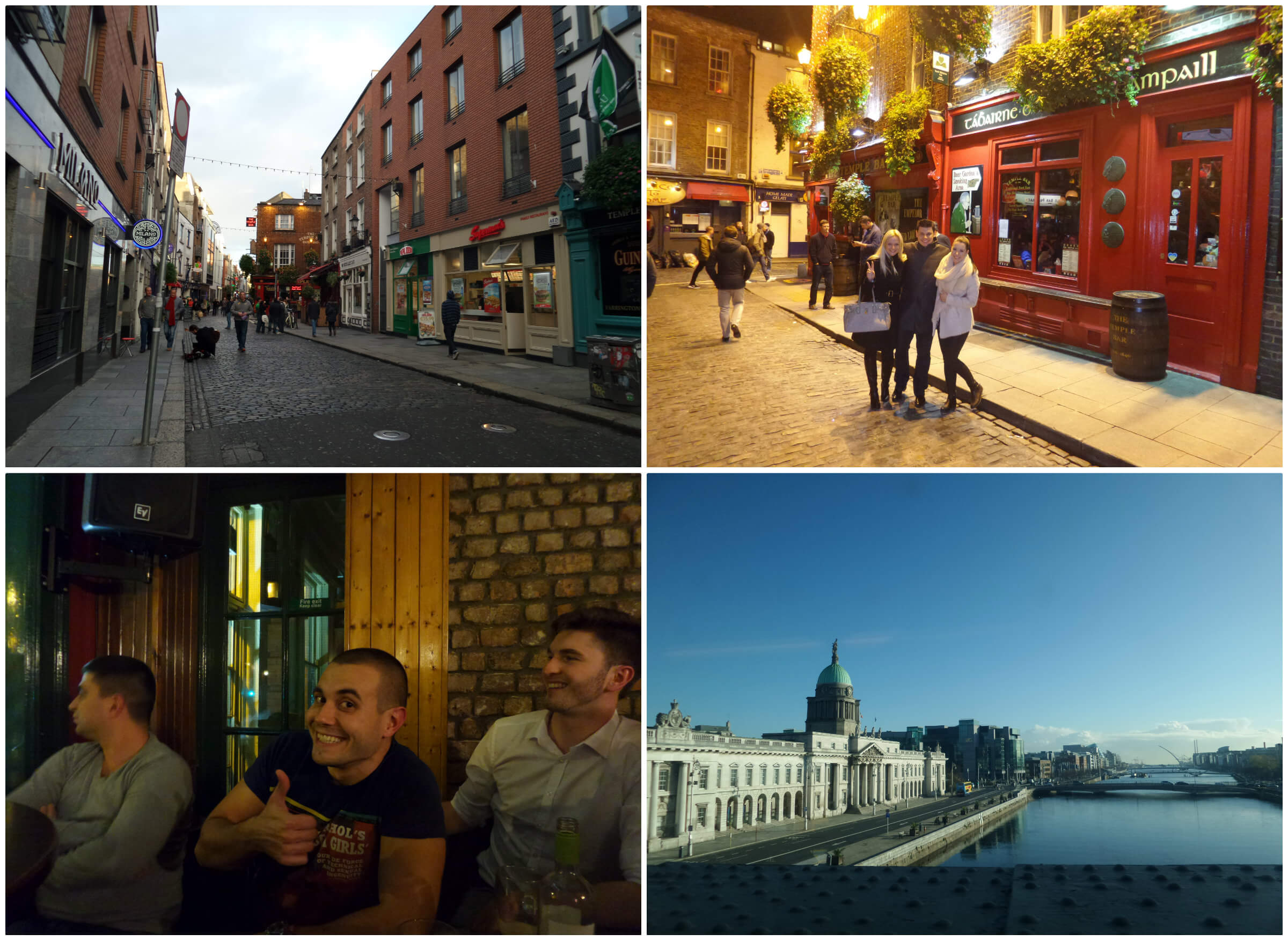 We had the chance to experience the famous Irish hospitality. We learned some Irish dances in a local pub, tasted Guinness which is the alpha and omega of every meal here, and saw that charming atmosphere of the city that makes it outstanding.
It was fun to get used to driving on the left, tasting all things vinegar and the traditional Irish breakfast, visiting the Temple Bar and The Church where we were lucky to meet the Hungarian staff. Temple Bar in the heart of the city was also a great place to continue networking, after the exhibition days ended.
Anyway, it was quite surprising that there was only one rainy day during the week. The gods must also have wanted the best for us.

The organization of Web Summit

Due to the curse of the rapid growth, there were some things left to be desired at the event. All in all, they did their best, many volunteers helped us in every location, and we never had to wait in queues, nor at registration, or at the Food Summit where we could have a quality lunch every day – derived from local producers.
’Do you have wi-fi?’ This was the most common topic of discussion among attendees, because the network was horrible and couldn’t serve many people at the same time. Many exhibitors had problems with presenting demos for that reason, even though organizers warned everybody to prepare offline presentations, just in case. Paddy Cosgrave, dreamer and creator of the conference, was very honest faced with the problem. He tried to fix it, but admitted that, they will be more prepared next year. 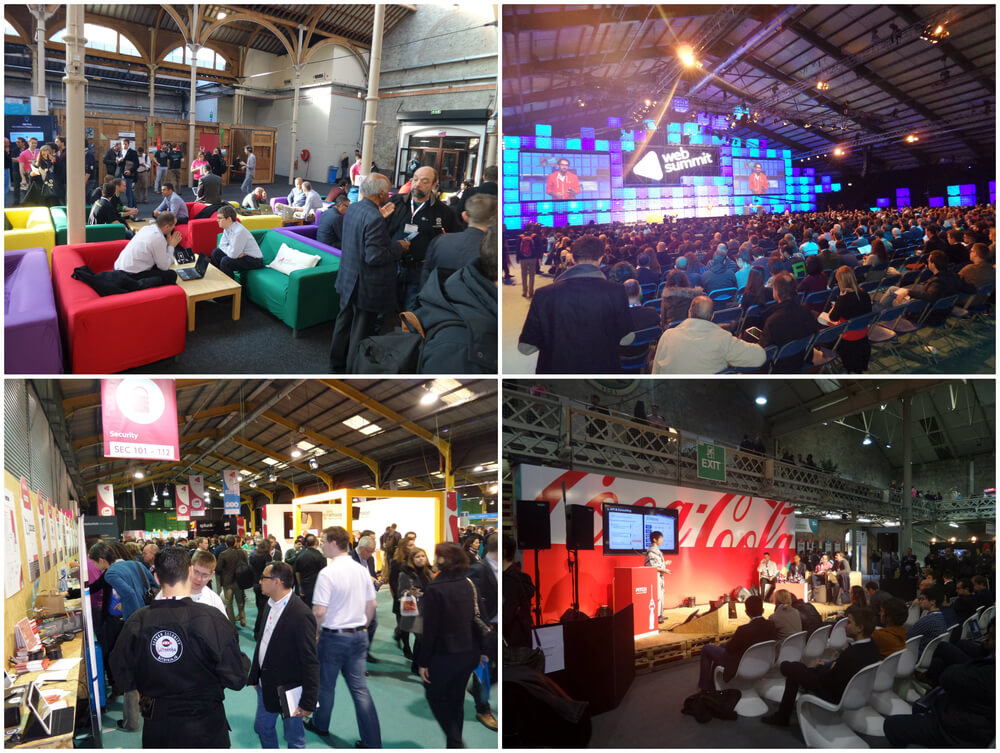 One of the best points were Paddy’s informing mails before and during the Summit as well. We were notified about every important speaker, stand and program . It also succeeded in launching a networking app which we could use to find and chat with anyone attending the Web Summit. Unfortunately, not many people used it actively, but it was much easier for us to do the follow-up using it.
The site of the event was the RDS arena (the Royal Dublin Society is a conference, concert, and exhibition venue). Stages took place at 3 different locations:
– ’The Town’ with the Builders/Machine/Marketing/Music/Sport/Film Summit,
– ’The Village’, included Enterprise Summit, the Media Village and the Main Stage,
– and the Food Summit around Herbert Park.
The halls were spacious enough, but the  layout was unfortunate for some exhibitors. In addition to the tiny shelves, there were some rows where the desks were so close to each other that only a little corridor was left for the bystanders. We were lucky, because BitNinja was placed at the entrance of the Main Stage (Enterprise Summit), with no neighbors and enough space in front of us to show ourselves. We also were able to display our remote control helicopters. 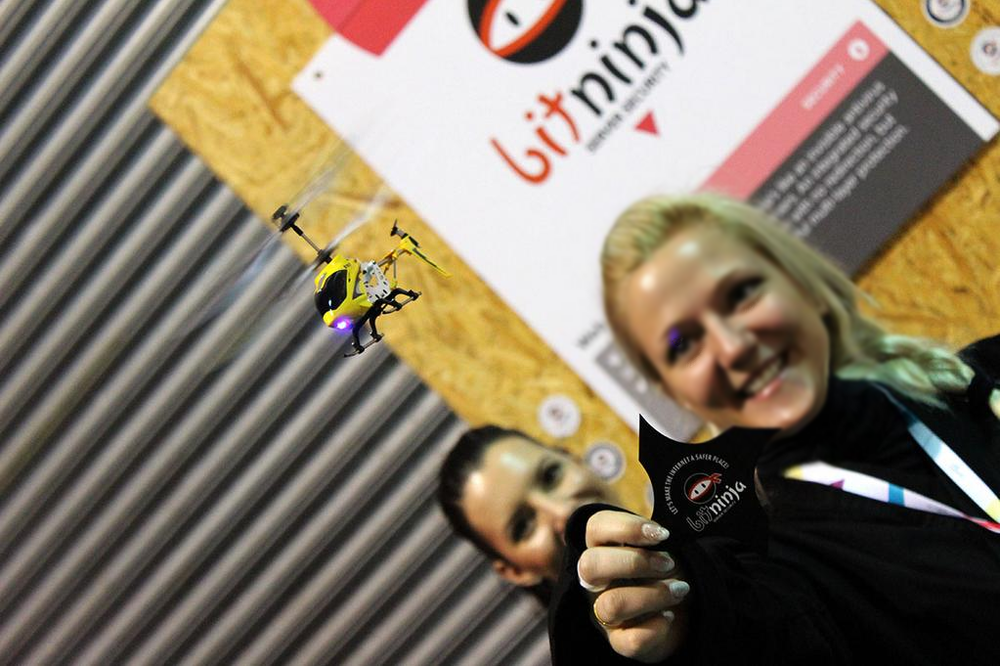 Inventures.eu also picked up our stand.

Before we travelled to Dublin, we set up a schedule according to the Web Summit stage timetable, because there were so many inspiring speakers to listen and interested projects to see. But you know how it goes. Finally, we drifted to the events, we missed the shows on our exhibition day (thanks to the many interested visitor at our stand), but we still had some speakers with a great impact on us.

Bono entered the stage like a real popstar. He talked about how technology changed the whole music industry and the fact that the kind of kids who founded bands before, are more likely to launch startups today. 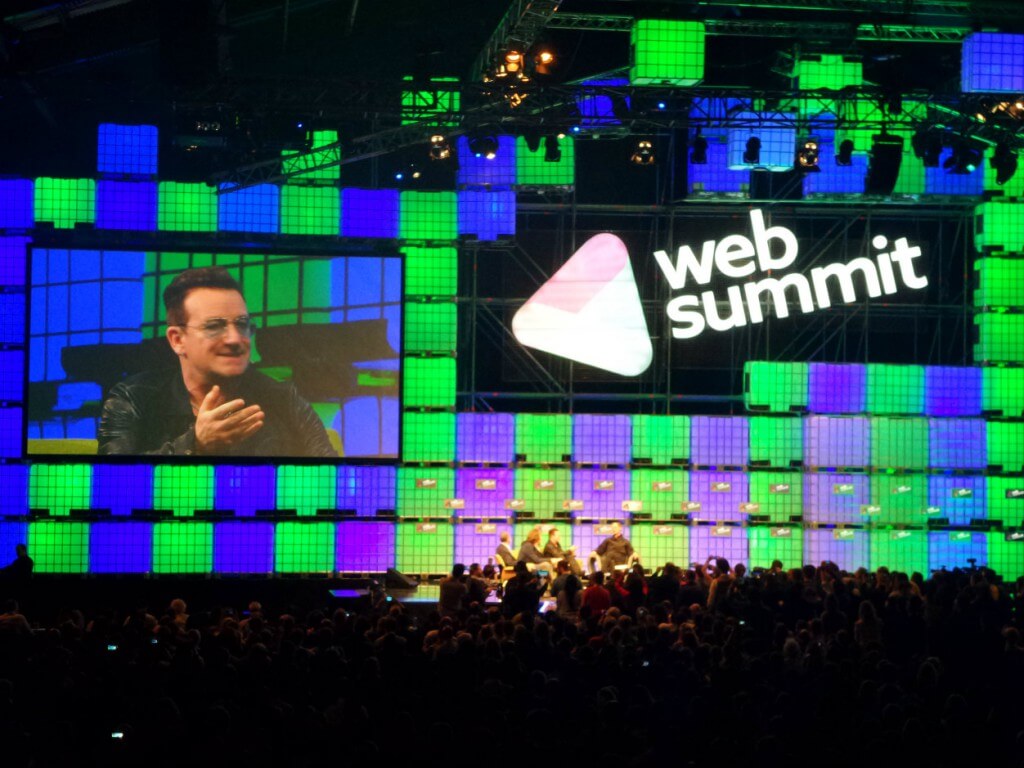 On Day3, Christian Sanz (CEO of Skycatch) talked about how drones in the streets, above us, will be an everyday situation in the future.

Hour of code is one of the greatest and most welcomed projects all over the world. Hadi Partovi, founder of Code.org, talked about their mission and presence in over 180 countries. Join on 8-10. December!

It is always useful to hear what investors they think about a good pitch. Just two surprising quotes from them: ’Pitch me the attraction, not the story’, ‘Tell me about the past, not the future ideas’.

#5 What if children ruled the world

It was shocking to see such young personalities with such enormous vision. Just imagine a guy who did not study further to find the cure of cancer. Riley Ennis worked to receive over $10,000 in initial funding to start Immudicon. The vaccine has been recognized by the Intel International Science Fair, BIO Convention’s BioGENEius Challenge, AXA Equitable Achievement Award, National Young Inventors Gallery, and the Virginia Academy of Science.