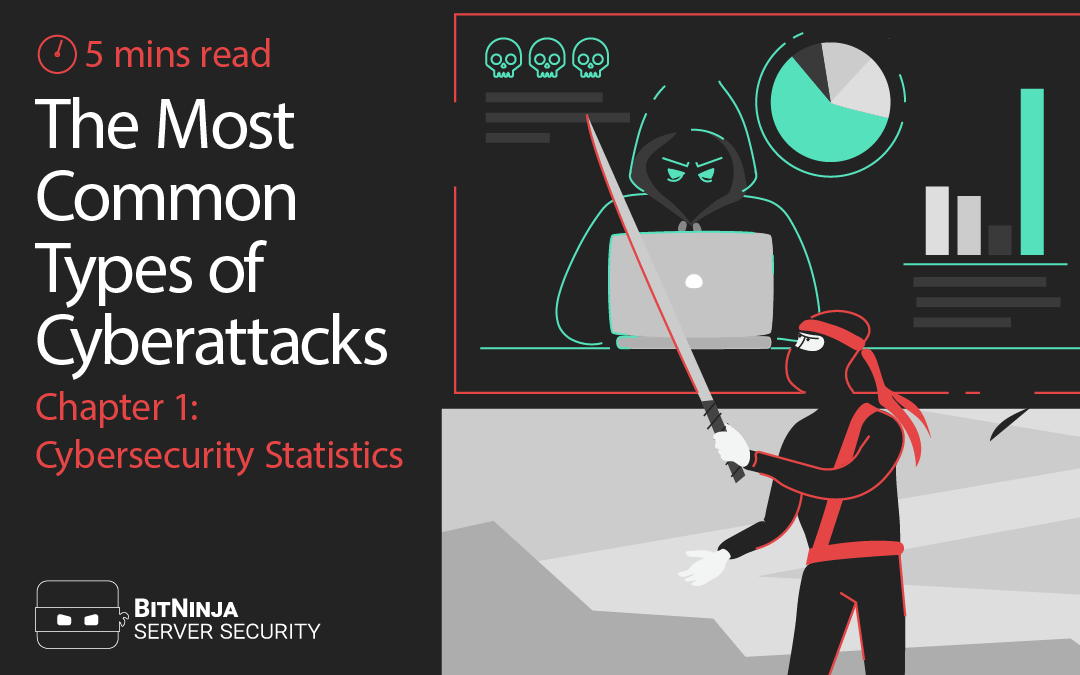 The Most Common Types of Cyberattacks

Cyberattacks are on the rise, and no business is safe nowadays. By now, cybercrime is one of the most frequently reported economic crimes in organizations, making cybersecurity a C-suite and board-level concern. A huge chunk of these attacks target web hosting companies.

This set of in-depth articles will detail everything you need to know about well-known cyberthreats facing shared hosting providers. In the first chapter, we share case examples and some of the vital cybersecurity statistics.

The increasing number of data breaches raises new concerns for all companies. According to Statista, there were 540 million exposed records in the US in the first half of 2020. Businesses are being sued for data breaches and since the implementation of the General Data Protection Regulation (GDPR), these penalties run into the millions of dollars. We collected you some of the biggest cyberattacks in the shared hosting industy from the past two years.

In 2019 was the largest attack in Georgian history linked to a breach on Pro-Service, a local hosting provider. The breach affected 15,000 websites in what is often known as website defacement.

Even the biggest hosting providers are not immune to common security vulnerabilities. In 2019, GoDaddy, one of the world’s biggest domain registrars, experienced a breach that affected 28,000 customers. The breach was caused by an attacker who gained access to login credentials that allowed them access to hosting accounts via Secure Shell (SSH).

In 2020, Netgain Technologies, a cloud hosting and IT provider, was also hit with a ransomware attack that led the service to shut down some data centers to contain the breach.

The point is: No hosting company is safe against cyberattacks!

One study done at the University of Maryland measured the frequency of cyberattacks in the early 2020s. The study found that there was an exploit every 39 seconds. In 2016, a research estimated that ransomware attacks occurred every 40 seconds. By 2019 this frequency speeded up to every 14 seconds, and in 2021 it is expected to change to 11 seconds.

Web applications are a significant focus of many cybercriminals, according to Verizon’s 2020 DBIR. It was found that web applications were involved in 43% of breaches, with misconfiguration errors topping the risks in most of the apps.

Research has also shown that human error accounts for most of the cyber breaches in organizations. According to a study done by IBM, human errors account for 95% of cyber breaches, with the common ones being mis-delivery, password issues and physical security breaches.

A 2020 Netwrix Cyber Threats Report showed that 4 in 6 cybersecurity incidents were caused by internal users. It was a spike noted particularly as organizations shifted to a remote work model.

Cyberattack Targets by the Size of the Company

Small- and medium-sized businesses are becoming the most preferred target of cybercrime. A survey conducted jointly by the Insurance Information Institute (I.I.I.) and J.D. Power, found that 1 in every 10 attacks target small businesses. Verizon’s 2019 Data Breach Investigations Report (DBIR) estimated that 43% of recent attacks were targeted at SMBs. The report, though, noted a significant decrease in the number to 28% in 2020 DBIR.

Most SMBs are vulnerable owing to a lack of proper defense strategies against common threats. In fact, 2 in 5 businesses with 50 or fewer employees don’t have a defense strategy at all! One study done by BillGuard found that 60% of SMB business owners believed that they weren’t likely to be victims of cyberattacks.

According to one survey, it was estimated that a breach could cost an SMB up to $120,000 per incident. 60% of SMBs go out of business within 6 months after a major attack, according to the National Cyber Security Alliance.

Most businesses, especially SMBs, lack any cyber insurance to protect them from incidents. The Insurance Information Institute (I.I.I.) and J.D. Power 2018 Commercial Cyber Insurance and Security Spotlight Survey found that only 31% of businesses had cyber insurance coverage.

Executor of the Breaches

Cybersecurity is not optional anymore. It is a must! If you haven’t tried BitNinja yet, don’t forget to register for the 7-day free trial! No credit card needed!

Stay tuned! In the next chapter, we will reveal the #7 Most Common Type of Cyberattack!