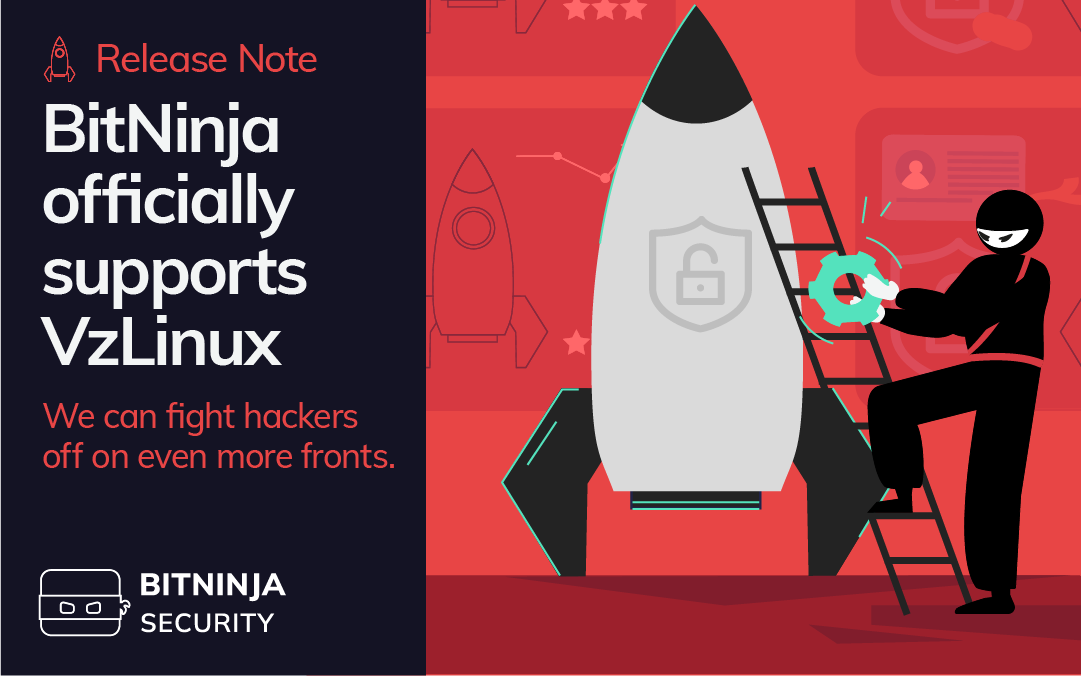 Release Note – BitNinja is now certified to work with VzLinux

We were busy working on something important. We believe we need to fight off hackers on more fronts, and we are committed to our vision of BitNinja as a simple and frictionless security service that is compatible with multiple platforms.

BitNinja supports most modern Linux distributions, but something was missing. So, we are happy to announce that BitNinja now officially supports VzLinux!

VzLinux is a truly free operating system developed with and for the Linux community. VzLinux has actually been around for over 20 years. It was originally used as a guest operating system on the Virtuozzo VPS platform. With the ending of CentOS, it grew into one of the reliable “clones” for those who had to drop CentOS. Now VzLinux plays a huge role in virtualization, as it is a supported guest OS under different hypervisors. Basically, it can be deployed on just about any type of platform you need.

Virtualization is the process of making a single physical machine or environment act like multiple different virtual versions of itself. The virtualization software abstracts layers from the physical hardware and simulates hardware functionality to create virtual machines. Thus, the server appears as several “virtual servers.” Instead of the server being dedicated to one thing, it can be used in multiple ways.

Virtualization makes it possible to serve the scaling infrastructure needs of businesses. Those who adopt the technology will derive much more value from their infrastructure investments and see more efficient cost management, higher availability, greater workload portability, and enhanced scalability.

So, if when you’re reading this, the word hyperscale comes to mind, you’re not wrong! Virtualization makes hyperscaling easily accessible, and it enables a highly responsive and cost-effective IT infrastructure where new servers can quickly and simply be added or removed as capacity demands increase or decrease. It’s no coincidence that the global server virtualization market is expected to reach USD 10.8 billion by 2027!

Although VzLinux can run on other platforms besides Virtuozzo VPS, this development was a priority because of its importance to one of our strategic partners – Virtuozzo! We believe that the complex challenge of internet security can only be tackled with a deep understanding of stakeholders and by building strategic partnerships that enhance crucial synergies. Together with our partners, we put a lot of effort into shaping the product.

If you would like to learn more about this new feature, visit our 📖Documentation page, check out our 👀Knowledge Base, or ✍️Write to us directly.