Is Big Brother Watching us ?

Since the release of Pokemon Go two weeks ago, several accidents and flabbergasting incidents occurred to its users.  For example there was a person who drove to a tree by car because he was using the app while driving. Furthermore, since last week, we can talk about the first lethal accident connected to the mobile application. In Guatemala, the 18-years-old and 17-years-old siblings were hunting pokemons when they trespassed a private property in the neighborhood and one of them got shot by the proprietor.  The game started to be heavily criticized, but the flow of negative news did not stop. It turned out that when you download the application and agree to the terms and conditions, you literally allow the game developers to access your google accounts. This is the reason why conspiracy-theories are invented by suspicious people. Or they are not theories at all? 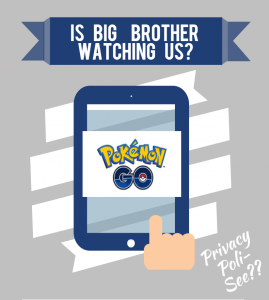 One of gawker.com’s bloggers found a connection between the game, Google and the CIA, which caused an upheaval on Reddit and raised many people’s attention. The conspiracy-theory claims that Pokemon Go is the indirect development of CIA and Google is a party in it too. The blogger explains the possible threads between Niantic Labs and the CIA by elaborating on the history of the CEO of Niantic Labs, John Hanke.
He started in 2001 with the Keyhole startup, which was a company working with mapping-technology. One of the biggest investors of the company was In-Q-Tel, a government-controlled venture capital firm, which states its primary aims on its website:

Moreover, the blogger argues that most of the In-Q-Tel funds came from the National Geospatial-Intelligence Agency (NGA), whose topmost objective is “collecting, analyzing and distributing geospatial intelligence” This is the NGA’s in-house publication: 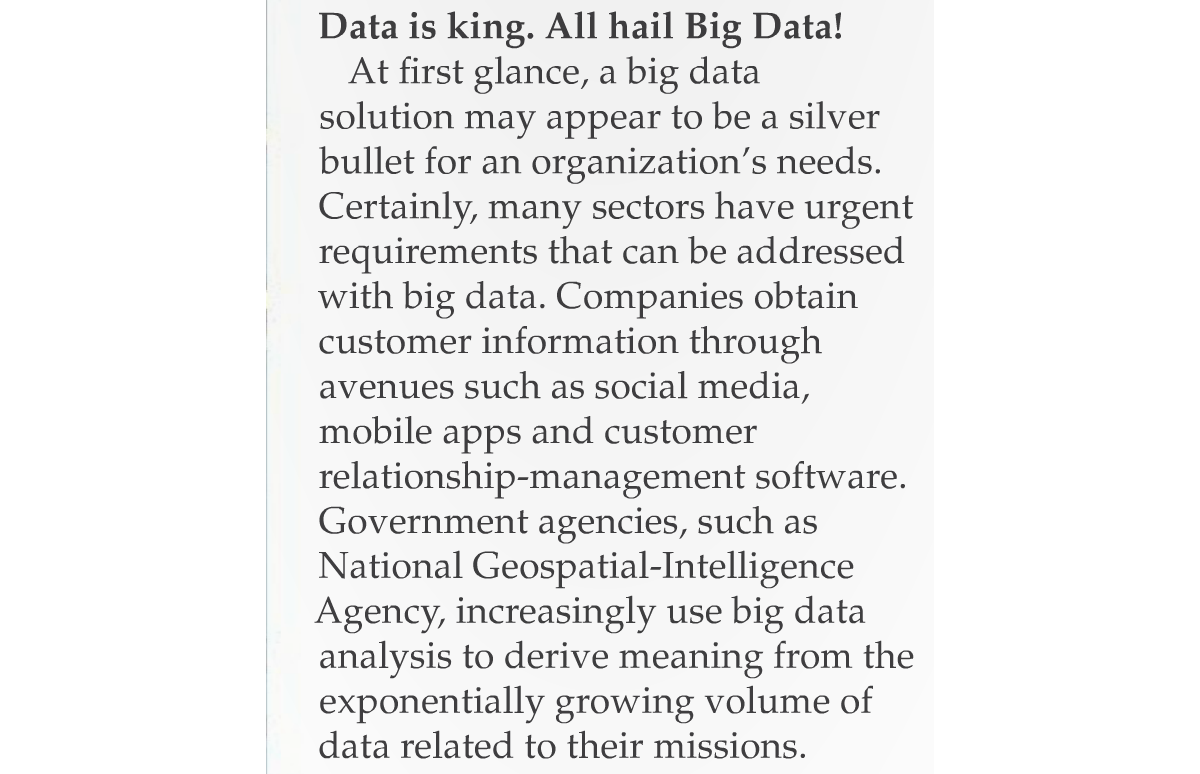 Google saw the huge possibility in Keyhole, so they bought it in 2004 and implemented it as one of their own projects. The Keyhole website does not exist anymore, the link instantly leads you to the Google Earth.
In 2010, John Hanke founded the Google in-house startup, called Niantic Labs, in order to investigate the further possible usage methods of this mapping technology. Their first product in 2012 was the FieldTrip, which showed the users the nearby entertainment possibilities, such as theatres, museums or restaurants.  In the very same year, they have released the game, called Ingress, which can be considered the ancestor of Pokemon GO. 3 years later the Niantic Labs decided to quit Google and start its own independent life.
The blogger calls the whole case quite Orwellian, ( George Orwell-1984 ) as from the facts above, it becomes  understandable that the love-triangle  between Google, Niantic Labs and the government may be real. As a Reddit user explains:
“Obviously intelligence agencies have gained a lot of info from google maps and its street view, but this data was collected easily with driving cars. intel agencies may see google maps and street view as just an outline or a skeleton of the whole picture. getting more data, particularly that off the street and inside buildings, requires tons of man hours and foot work. a logistical nightmare. Enter Pokemon GO, where if you are an intel agency and you want photos of the inside of a home or business, you just spawn desirable pokemon or related objects there, and let totally unaware and distracted citizens take the photos for you, with devices they paid for, and those citizens pay for the experience. Imagine all these photos going back to some database (with the augmented Pokemon removed obviously. all these photos are probably GPS tagged, as well as having the phones internal gyro embed x/y/z orientation of the camera angle in the phone. these photos could be put together, much like google street view.” 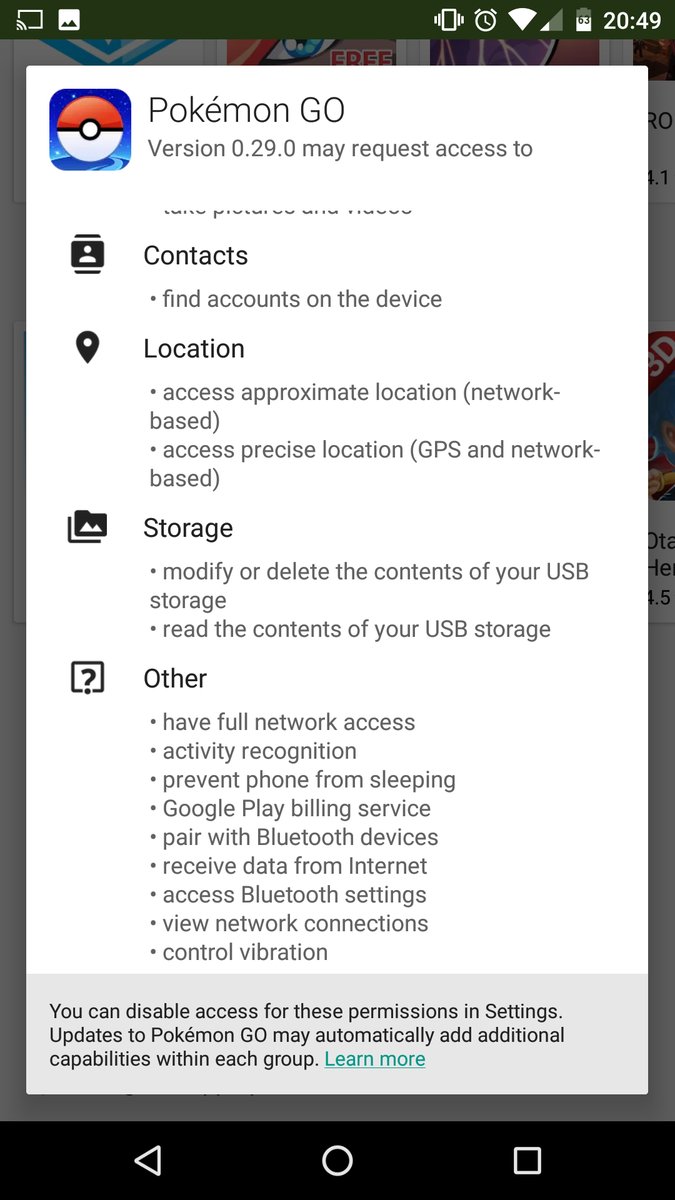 So by accepting the terms and conditions they can get access to your camera, accounts and private information. If that would not be enough, there is section in the privacy policy which underpins the whole Orwellian idea of Big Brother constantly watching us:

You still want to play?

Follow these simple rules, that makes you more secure from data theft, but cannot be the ultimate solution.