December is the month of cyber attacks 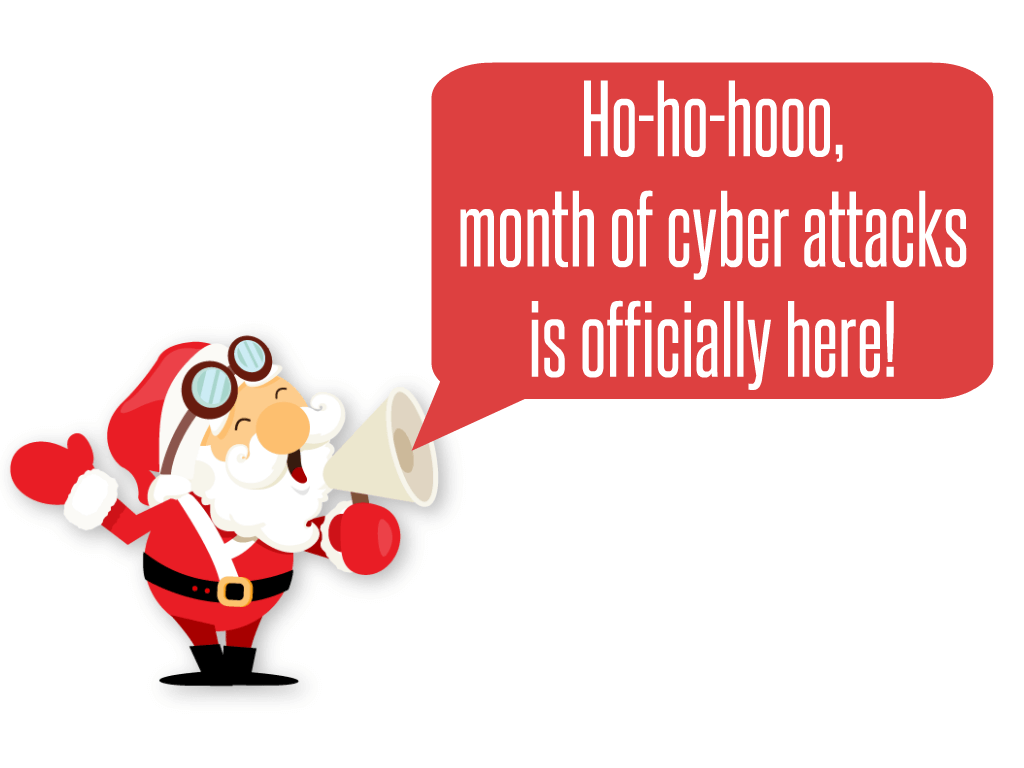 It’s not the hackers who you want to get holiday presents from, right?

December is the most profitable month of the year for every online store. But how is it possible that hackers are also the most active this month? There are many reasons why this happens. We’d like to look at these reasons in this blog post.

The most important reason for the increased hacker attempts is the emerging online competition. More shops and more customers provide additional opportunities for hackers and botnet masters to boost their profits, just like for the spam industry.
If there is increased demand for spam and online abuse, then demand for zombie servers will also increase. This is the main reason, why the number of attacks against an ordinary server increases by an average of 50% during December. Black hat hackers know that people are busy during the festive season and are less likely to monitor their accounts.
It’s good to know that the top four attacks that organizations are likely to face during the holiday season – in order of likelihood – are the following:
1. Botnet and distributed denial-of-service (DDoS) attacks
2. App store frauds
3. Mobile access/account compromise
4. Click frauds
If a retail site becomes disabled, the average losses of a store may amount to as much as $8,000 per minute. Nevertheless, only 30% of retail site owners take additional precautions in anticipation of increased attacks. With their currently installed technology, 51% of them say that they don’t have real-time visibility into web traffic, making it difficult to identify the root cause of attacks.

Another observed fact is that weather and internet usage are correlated. If the weather is cold and rainy, people can be found sitting in front of the computer on the web, more than when it’s sunny and warm outside. This phenomenon also contributes to the increased network traffic of the people living in the Northern Hemisphere, during the winter months. This traffic boost has a side effect: growing cyber crime!

In those countries where Christmas is celebrated and there are winter breaks, it was observed that the number of less sophisticated and automated attacks increases during school breaks. Any teenager can now arm themselves with cyber attack skills, and a hacked site or a DoS offense is a kind of trophy for them.
Would you like to defend your server from the assault of cyber criminals?
Install BitNinja on your server today! We are on betatest now so you can access it free of charge.
Try it now, because the date of project launch is coming and a free version won’t be available after that.
Register here